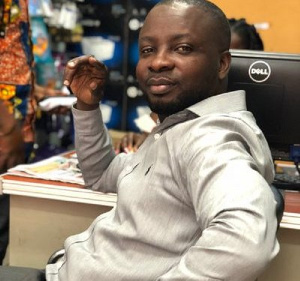 The management of Ashantigold SC says the club will rely on its deputy coach as they await for clearance from the Ghana Football Association (GFA) regarding the status of Turkish coach, Kasim Goktildi.

On Monday January 10, the GFA revoked the licence of Goktildi on the grounds of coaching Ashantigold in the Ghana Premier League without the required licence.

Before revoking the licence, the GFA wrote to the Turkish FA to authenticate the professional licence of Coach Goktildi, but the Turkish FA did not respond within the time frame requested by the GFA.

Speaking to Graphic Sports Online in a telephone interview , the Chief Executive Officer of Ashgold, Mr Fred Acheampong, confirmed that the club received the GFA’s decision to revoke the licence of their head coach last Monday.

He said until the licence was revoked, the GFA had earlier issued a provisional licence to the coach and written to the Turkish Football Federation to authenticate the licence of the coach but did not get a response within the time frame needed.

“The GFA wrote to the Turkish FA to authenticate the credibility of our coach or otherwise, but they did not get the response within the time frame they needed so they wrote to us that they had revoked the licence of the coach,” he explained.

Mr Acheampong said based on the GFA’s letter to Ashgold, the club wrote to the Turkish FA to request for the credibility of the coach’s certificate and their response was that “Goktildi has two different UEFA Licence A certificates which will expire on December 31, 2021.”

He said in the absence of their Turkish coach, the club would rely on their assistant coach, Yakubu Mambo, to manage Ashgold in the Ghana Premier League.

Comments:
This article has no comments yet, be the first to comment

As part of activities marking the 2020 Population and Housing Census, the Dormaa East District Assembly in the Bono Region

The Premier League is back at it after some notable midweek European action. Here’s what to look out for: JUMP