By Richard Gibson for the Daily Mail

Jos Buttler wants to lead from the front when England begin their bid for Twenty20 World Cup glory in October.

England have an embarrassment of riches when it comes to top-order ball strikers, but Buttler has opened in 29 of his last 30 T20 innings and has the backing of captain Eoin Morgan, who made it clear before this week’s series in South Africa that his vice-captain should continue going in first.

England are expected to name the same top six at Kingsmead on Friday after South Africa pulled off a one-run heist in the opening match of three at Buffalo Park on Wednesday. 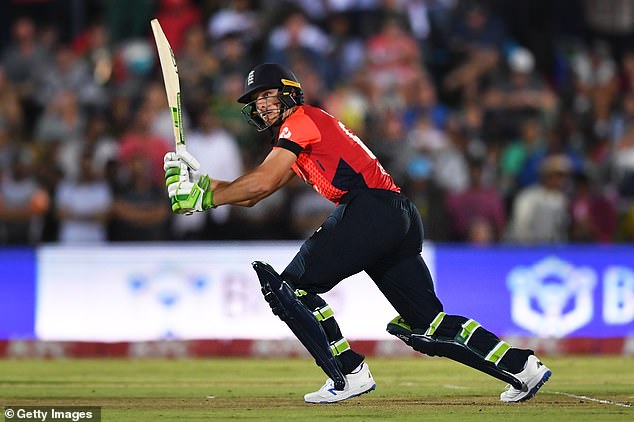 The only change England are considering is to bring in Saqib Mahmood for fellow seamer Tom Curran.

Buttler is enjoying the best T20 form of his career since Rajasthan Royals promoted him from the middle order in 2018, striking at a rate of more than 150 runs per 100 balls.

But he is also England’s premier finisher and it should be remembered that Wednesday’s choke was not an isolated incident. It was the fourth chase in a row in which England had failed to knock off their target.

Morgan is not a reactive captain, rarely changing his  teams after defeats, but such a trend could lead to a rethink down the line. 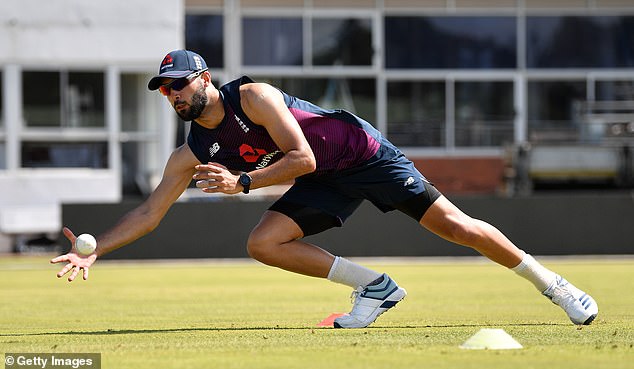 Jonny Bairstow, Dawid Malan and Tom Banton, whose pummelling of the new ball in Australian conditions in the Big Bash League bodes well for the World Cup, are three alternative options.

With eight T20 games until England fly Down Under, there remains plenty of time for players to bat themselves in and out of contention.

But experiments will be kept to a minimum, with Morgan and head coach Chris Silverwood intent on refining a formula that served the same core of players so well in one-day internationals during the past four years.

In contrast, South Africa want to blood uncapped fast bowler Sisanda Magala this week, but were scuppered before the first match when he failed to meet minimum fitness standards.

The 29-year-old will be tested again on Friday.

‘That ambition is always there with England. I would very much like to be part of the Euros’: Chris Smalling